This week, I have a very enlightening post from Ruth Jacobs on researching a very difficult topic. 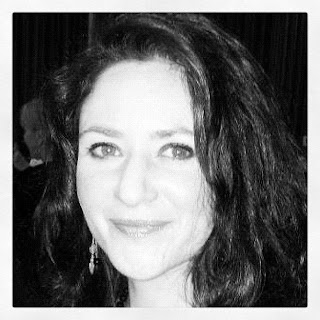 In the late 1990s, I undertook a dissertation on prostitution. I had been studying criminology, and within that, I was examining female criminal activity, and noticed the lack of females in certain types of crime and their prevalence in prostitution, which in most societies is not a crime, but classed as ‘deviant’ behaviour in sociological terms. I knew the importance of firsthand accounts when undertaking such a project and, being somewhat wayward and spending time in London’s underworld, I had friends who worked as call girls.

Three of my friends generously agreed to be interviewed. And one of those video interviews, which was fully transcribed in 1998, was published on Amazon in 2012. That interview was with a woman referred to as Q. She was one of my closest friends at that time in my life. As she is no longer alive, all the royalties from that short publication, In Her Own Words... Interview with a London Call Girl, are donated to Beyond the Streets, a charity working to end sexual exploitation.

Because Q and I were so close, I am sure that is what enabled her to be completely open in her interview with me. She spoke freely and without inhibition about her feelings on all aspects of her life in prostitution, from working as a call girl, as she was at that time, back to the days she first entered prostitution at fifteen years of age, forced by a pimp to work the streets. She said how she felt raped by those clients. But those men were not clients. Children do not have clients. Those men were child rapists. And daily, she was raped. 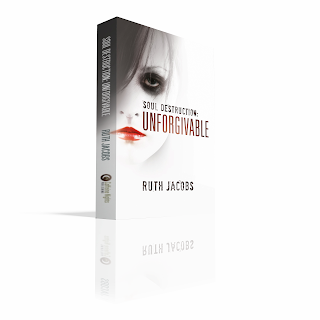 The other two women I interviewed, referred to as R and S, were also good friends of mine, but we were not as close as Q and I were. I knew much about their lives already, having spent a great deal of time with them as friends. One of them used to smoke crack with her clients in a room in her flat while her baby was asleep in the other room. She ended up losing custody of her child. But both R and S were guarded in their interviews. And because I knew them, it was painfully clear they putting on as much of a front as they could muster. The missing information wasn’t mentioned in my dissertation because it was only right to use the words they had shared during their interviews. It would also not have been right to ask leading questions, and the semi-structured interviews were led by what the women were comfortable with sharing.

Having tried for many years to escape my own reality and past trauma, I identified with R and S for their need to hold back, not to face the pain, and even more so in the setting of an interview, rather than us sitting round smoking crack. My dear friend Q, who is longer alive, gave everything she could in her interview. And if you read In Her Own Words... Interview with a London Call, though you will see Q’s pain and torment, there was also far more she had suffered in life than what was disclosed in that interview. She was an angel. The most beautiful soul. And Soul Destruction: Unforgivable is dedicated her.

Enter the bleak existence of a call girl haunted by the atrocities of her childhood. In the spring of 1997, Shelley Hansard is a drug addict with a heroin habit and crack psychosis. Her desirability as a top London call girl is waning.

When her client dies in a suite at The Lanesborough Hotel, Shelley’s complex double-life is blasted deeper into chaos. In her psychotic state, the skills required to keep up her multiple personas are weakening. Amidst her few friends, and what remains of her broken family, she struggles to maintain her wall of lies.

During this tumultuous time, she is presented with an opportunity to take revenge on a client who raped her and her friends. But in her unbalanced state of mind, can she stop a serial rapist? 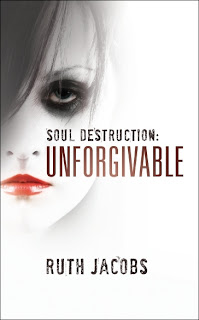 My thanks to Ruth for this excellent and insightful post.

Next week I have Matt Bendoris guest posting and then it's back to my own ramblings, although I have an Interview with Lee Child and a guest post from Tom Cain scheduled in the near future.
Posted by Graham Smith at 10:24 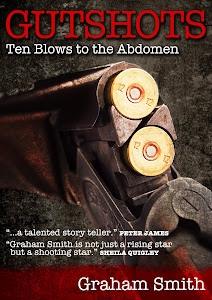 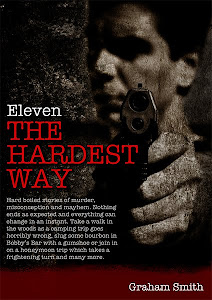 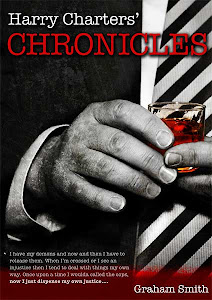